It's two centuries this year since Jane Austen's Pride and Prejudice was published. You would need to have spent your life in a cave not to know about Mr Fitzwilliam Darcy, the ill-natured, land-owning uber-spunk; Miss Elizabeth Bennet, sharp as a tack with a will of her own; her skewed array of sisters; her disengaged, ironic father; and her insufferable mother, the archetypal 19th-century airhead. They're part of the tissue of every literate person's mind.


This is the opening paragraph of an article written by Australian writer, Helen Garner, in the Saturday edition of The Sydney Morning Herald. While I do, on the whole, include an element of reviews in most of my posts about an actual book, I'm not going to do that with this one - particularly not having read Garner's pithy analysis, which I would encourage you to read by licking HERE. It's such a superbly refreshing take on this timeless novel that I think it can't be bested! Suffice to say, this is one of the books that stays permanently on my bookcases awaiting - usually - its annual re-read. 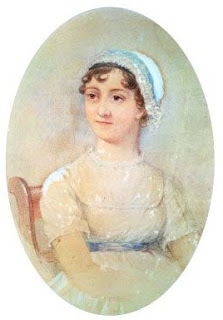 One thing Garner doesn't really play with is just why this book, of all the Austens, holds such a preeminent place on the shelves, and in the affections of - to paraphrase - every literate person's mind... It's not just that we all love a good romance - because the book is so much more than that. It's not even that we - well, a certain percentage of readers - like historical novels. It could be possible to argue, in fact, that a two hundred year old tale about a provincial family in a state of genteel poverty, all, ostensibly, consumed by thoughts of marriage is hardly relevant to those of us in a modern, urban society.

During my most recent re-reading of Pride and Prejudice, I had DB asking constantly, "What's funny?" as I chuckled my way through various passages of biting dialogue. He queried, seriously, how I found it amusing - wasn't this one of those serious, classic pieces of literature...? And, it is - but it's Austen's sharply observed characters, and exposing the underbelly of society at the time that are some of the factors that influences its continued popularity. We can probably all identify people we know who share attributes with the main characters. Although it's never, to my knowledge, been adapted for TV or a movie in anything other than a period context, I think it would be perfectly possible to give it a modern setting because the characters, the emotional wrangling, the bickering and posturing, are all just ordinary everyday things that we still see today if we watch our own social circles.

The most recent movie adaptation - with Keira Knightly - I found, possibly, the most satisfying in many ways. It was still set in its original context. However, the approach to the realisation of the novel was modern in the extreme. Following current trends, there was no sanitising of the settings - unlike other adaptations. The constant war being waged in the house to maintain some semblance of gentility, when there isn't the money for sufficient staff, and the house itself is too small for the number of inmates is evident in the barely disguised squalor of certain scenes. Those endless walks taken by the girls - almost the only socially sanctioned exercise for young women in their position - result in dragging, muddied skirts almost up to their knees - how did they get them clean again, is what I want to know?! It is also the only time I began to feel a sneaking sense of sympathy for Mrs Bennett. Yes, she is, as Garner says in her article, appalling. But, consider the broader context: she has five daughters, a disinterested and disengaged husband, insufficient money with which to dower her girls, therefore, no way of guaranteeing any sort of future for them... It's no wonder she's off the rails. Likewise, Mr Bennett, whom I've always suspected was a very clever man, blinded for that crucial moment by youthful prettiness, which he has regretted and punished his hapless wife for ever since... Donald Sutherland's portrayal of his character showed layers of him that I'd never seen before, and for the first time made it clear why he and Elizabeth are so very close.

Austen herself - and this from one of my very great treasures, Life and Letters of Jane Austen - writes of the book shortly after its publication,


The work is rather too light, and bright, and sparkling; it wants shade; it wants to be stretched out here and there with a long chapter of sense, if it could be had; if not, of solemn specious nonsense, about something unconnected with the story; an essay on writing, a critique on Walter Scott, or the history of Buonaparte, or anything that would form a contrast, and bring the reader with increased delight to the playfulness and epigrammatism of the general style.

And, in a later letter to a dear friend,


I am exceedingly pleased that you can say what you do, after having gone through the whole work, and Fanny's praise is very gratifying. My hopes were tolerably strong of her, but nothing like a certainty. Her liking Darcy and Elizabeth is enough. She might hate all the others if she would.

I wonder what she'd have made of her book's longevity. I wonder how she'd have taken the 'cult' of Mr Darcy! That she had an abundant sense of humour is clear in her writing - both in her fiction and throughout her letters. I'd like to think that if she was alive today, she'd still be writing this same kind of witty, honest, observant prose that we enjoy despite its age, for it's incredible timelessness. 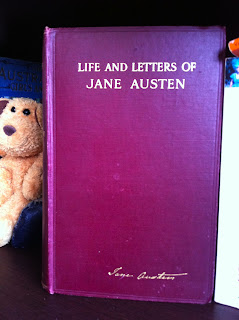