I have not had the week that was planned - which was to be compiling and editing copy for the work magazine to get it off to my graphic designer to assemble for final proofing next week. Instead, I've been languishing in bed with a very nasty flu virus, complicated by a number of secondary infections, and further complicated by a reaction to the antibiotics, so I have had to stop taking them and recovery is going frustratingly slowly.

The first few days are a bit blurry. The virus came with the headache from hell, so there was very little reading. As I surfaced a bit, I reached for something comforting and simple, and have been working my way through Arthur Ransome's Swallows and Amazons books in a very disorganised fashion, having picked up Swallowdale first. I followed that with Peter Duck, then Pigeon Post and have just now finished Winter Holiday. 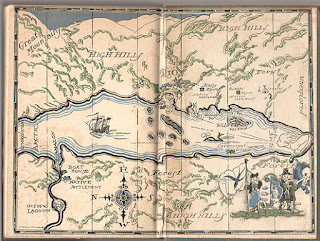 These are among the creme de la creme of children's classics. If you haven't ever read them, you've missed out on a rare treasure. Those of a certain generation may well find them echoes of their own childhoods - they certainly are for me. I did grow up messing about in boats once we moved to the country, living on a gulf where everyone sailed. But even before that, as a hybrid city/country child - my godmother owned a small acreage - we built rafts, that mostly sank, to navigate our way across the house dam. We had camps in the patch of rough bush in the bottom paddock where we cooked sausages to a burned crisp over smokey fires, and generally ran wild with minimal parental supervision. Later, in that small country town, we all had bikes and on weekends and holidays they took us everywhere and, again, we were out and about til all hours, getting up to goodness knows what. We built camps on the beaches in amongst the salt bush, tunneled into the bigger salt bushes to make cubby houses, waged wars against each other, and generally had similarly independent and adventurous times as Ramsome's crew of would be pirates and sailors.

The books begin with four children coming to the Lakes District in Britain with their mother and baby sister for the summer to stay at a local farm on the shores of a lake. They are given permission to sail the farm's dinghy, the Swallow, and on an early venture out into the lake, discover and land on a small island. They are surprised by two pirates, Nancy and Peggy, local children and captain and mate of the Amazon. After an initial territorial skirmish, they join forces and get permission to camp on the island for the holiday, and so begin the adventures. Nancy and Peggy are independent misses, and much less inclined to think of consequences, which leads to scrapes and some more hair-raising adventures than are comfortable for the Swallows, particularly Mate Susan, who is a young lady with a serious sense of responsibility. The addition of Captain Flint - uncle to the Amazons - who lives aboard his houseboat, gives rise to further mischief when he refuses initially to join in with their escapades as he is trying to write his book. Many adventures later, his book has been rescued in the dead of night by the Swallows, and he has be brought to realise that his proper place is in the middle of the general activity and goodwill is restored.

The books continue on in similar fashion with adventures on land, when for various reasons they can't sail, or are away from the Lakes altogether. They are true gems, and for sickbed reading, absolutely ideal!! There is also a lovely movie that I stumbled across once and have as a fairly low quality recording - which must be rectified. It is one of those rare times when the book comes to life exactly as imagined - the children have been wonderfully cast and it offers a couple of hours of pure escapism.

Very few of our children these days have holidays like these and I think we've lost something very important. Take away their ipods, mobile phones, computers and play stations, and too many of them no longer have the slightest idea of how to entertain themselves. We don't necessarily have lakes at our doorsteps, and the world has changed, but there's a lesson to be learned from these lovely books about what kids can do when provided with a certain amount of freedom to make their own fun. 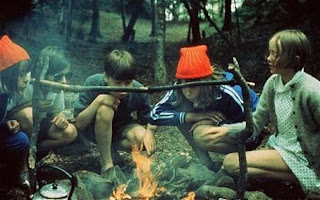 Proud to be retro

Hiya! I'm back... Sadly, I've not been drowning under the weight of my books. I've been up to my eyes with work, including the annual conference of the Australasian Religious Press Association where, I'm very chuffed to say, the magazine I edit at work - Parish Connections - picked up an award in the category 'Best Review of Another Medium' for my review of The Blake Prize for Religious Art in last October's issue. So, I'm more than a little bit chuffed.

Having a work/catch up day at home as I have an assignment to get done and submitted by this afternoon, and all the usual just-back-from-being-away confusion to sort out. However, having traveled - the conference was in New Zealand - I was made aware again of peoples' reading habits and the growth of various electronic reading devices. Me, I had my books and knitting, but I was surrounded by iPads and Kindles. And this morning, posted by the History Teacher on Facebook, I found this and had to laugh...and yes, if reading actual books means I'm retro, then what the heck, I'm retro and proud!! 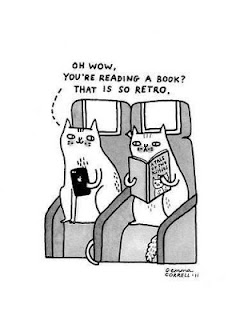 Penguin Books Australia posted this on Facebook the other day - would make a fabulous t-shirt, methinks! 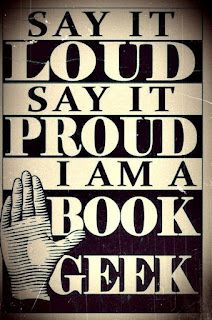