Has memoir pushed all the way through its formal constraints to rival fiction? Write autobiography, Virginia Woolf asked, and call it fiction? No, for her that was not the way; but the lines were clearer then, the rules, and maybe also the ethics...   pg 191 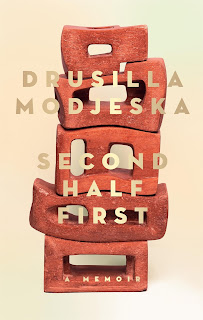 Second Half First is a memoir; a memoir that Drusilla Modjeska begins on the eve of her 40th birthday - a pivotal age for women, especially, in Western society. A pivotal evening, as it turned out for Modjeska, bringing with it the end of a relationship. That this memoir starts partway through Modjeska's life, and not at the beginning, is typical of this writer, who began her writing career with a PhD thesis turned book, then two books - Poppy and The Orchard - that straddle the boundaries of fiction and biography/autobiography. Her fourth major book, Stravinsky's Lunch, is a dual biography of two important Australian artists, Grace Cossington Smith and Stella Bowen - written, in part, to illustrate the realities of different challenges women artists have faced throughout history, and still, in some part, face. It is a scholarly work, but isn't framed as such, and received mixed reviews at the time of publication - partly, I think, because people couldn't quite classify it. It's not a text book, not a straight biography - again, straddling different genres, different worlds, different expectations... Then there is The Mountain, Modjeska's first novel which, again, for me at least, still had something of the tang of Modeska's 'faction' style about it; drawing, as it did, of her own time living in New Guinea.

I've sat on writing this post for a while since reading the book - partly because I'm not honestly sure how reading it would be for someone who hasn't already read Modjeska's other books. All of her books carry so much of the personal that reading this memoir felt, at times, as if I was hearing the same stories again, but from a different viewpoint. I was reminded of a radio interview I heard many years ago on the ABC with Australian novelist Elizabeth Jolley, who was asked if all writers wrote fiction. Her answer was that, essentially, yes they do; in that a single person's view is someone telling a story - another person's interpretation of the same story will be different, because it's all subjective.

I did find Second Half First enormously satisfying though - it felt very much as if Modjeska was filling in all sorts of gaps. Obviously, in Poppy, particularly, names were changed, and events altered, in an effort to fictionalise her mother's life and those lives around her... In this memoir, there are no name changes, and reactions of family and friends to those books have been included, as have Modjeska's own personal circumstances around the times of writing Poppy and the other books. Her writing style has an immediacy about it that I've always loved - in the other books, it provides a clarity that makes the narratives all the more believable and compelling. In the case of Second Half First, I found myself feeling immensely privileged to be 'let in' to Modjeska's life at such a personal level as I read.

At art school, when I reached the business subjects towards the end of my course, we had a couple of projects where we had to write about an artist or writer who had influenced our work. I cast around all the obvious people - as a potter, I was looking at other potters like Milton Moon and Jeff Mincham, and with my drawing, I was looking at people like Frida Kahlo, Dora Carrington and other 'autobiographical' painters who were also known for their use of colour. Ultimately though, I came back to Modjeska. For me, she has been something of a muse, and has been quietly in the background as a creative influence that crosses the boundaries of my work with clay and drawing/painting.

The first book I had of Modjeska's was Poppy - given to me by my mother. In my journal, from the time when I was reading it, there are pages and pages of me writing about reading it, and questioning why it was my mother had given me this particular book. I took a lot of that questioning and evaluating directly into my work at the time, taking small scale drawings from within the journal into larger formats, and getting braver about letting them be seen. The clay started to be a 'voice' for me too, giving me a material that allowed me to explore more personal ideas in a more oblique way. The more I looked at the notion of influence from a particular individual, the more I felt directed back to Modjeska.

In recent years, where my creative output has largely been written, the influence is, I think, much more obvious. Modjeska's techniques that draw from different genres and successfully mix them into something that is altogether her own, paved the way for me to feel more confident about learning how to break the rules. Some of my more successful written pieces have been the times when I've managed to blur the boundaries between straight facts and my interpretation of those facts. I've yet to venture into fiction - so many years of academic and other non-fiction writing has me more than a bit scared of trying to create fictional characters and narrative. However, reading Modjeska's memoir stirred that pot again and it's been bubbling away quite happily on its back burner!

The tantalising thing about Second Half First is, of course, whether Modjeska will go on to write 'First Half Second' or not! I'm sure I'm not the only Modjeska fan who will be hoping, very much, that she does. However, even if she doesn't, this book opens up the world of a woman writer in a very particular time in women's history, and that, in itself makes it an important book - I think. I also think it is a must read for any writer - but that might well be just my enthusiasm for this particular writer speaking! For people familiar with the Australian writing scene, there is a feast of names to enjoy, and Modjeska's circle of friends includes some of the more well known of local contemporary writers. There is also - and this happens to me EVERY time I read Modjeska (even when re-reading) - the spur to read other people. Modjeska draws on history, biography, fiction, poetry - all other writing forms - and the writers populate all her books, as do the artists. I have a new list of writers to track down and read as a result of reading this memoir, and new artworks to find and look at.

So, I would encourage people to get their hands on a copy - and if it's their first encounter with Modjeska's work, I'd love to know who might then go on to read the other books! 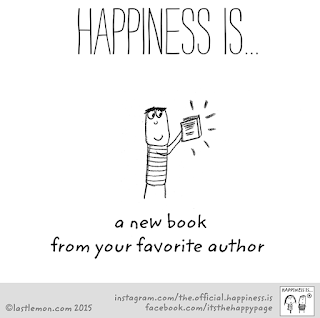 I saw this meme on Facebook just now, and decided it was a SIGN...a sign to get back to this poor neglected blog. I've been doing a lot over at The Original Dragon Mother over the last little while, and quite a bit of freelance work, so with one thing and another, I've not been here.

I spotted the meme when I went back for another FB wander just after I'd got off the phone to Oscar and Friends (remember them? My favourite little bookshop in Double Bay?) It seems that Drusilla Modjeska has written a memoir - or part of one, anyway... I got an email from Random House - I can't remember how I landed on their mailing list, but there you go. Just as I was about to delete the email, I saw Modjeska's name...so I opened it instead. I had NO idea she'd embarked on a memoir, so I got on the phone to the good folk at Oscars, and yes, it IS out; no, they don't have a copy; but, yes, they have it on order and they can put me down for one. Big smiles at this end, and no little amusement at the other, since my excitement was just a tad obvious.

I've just trawled back through my posts and discovered, much to my surprise, that I've only touched a little bit on how important Modjeska's work is to me, personally and as a writer. I don't know how that comes about - I'd best get back on track reading and blogging and rectify that. I did find a mention of one book, Poppy, in this post. It's the book that started me with Modjeska, and I own all of her books - well, once I get hold of this memoir, I will! Now, I just have to wait for that all important phone call...
Posted by Kaz at 21:41 No comments: