Rest in peace, Bryce Courtenay. May your memory be for a blessing.

I remember when The Power of One was published. My mother bought it and read it. She loaned it to her best friend. He passed it on, and before too much time had passed Mum's entire circle of friends were reading and talking about this book. She gave it to me to read but, typically, I didn't just then - reacting to what felt like hype, and being told I 'should' read something... I came to it later, and while I could see why they'd all loved it, and I enjoyed the great saga of the story telling, it didn't consume me in the way I felt it had the grown ups around me. Perhaps I was just too young at the time to appreciate the journey of young Peekay the way they could. The sequel left me for dead. I read Tandia, enjoyed that more, but after that I didn't read any of his books until I was given a copy of April Fool's Day, Courtenay's exquisite book about his middle son, Damon, who was one of the earliest Australians to contract medically acquired AIDS, via a tainted blood transfusion.

April Fool's Day, in my humble opinion, is Courtenay's greatest work as a writer. In telling Damon's story - and there are chapters in the book written by Damon himself as well as chapters where Courtenay recounts Damon's instructions as to what the book should be - he comes back to something simpler and more elemental than his other work. What characterises much of his writing, for me, is the highly successful formula he applied to crafting his tales. He was a great storyteller, yes. Not all great storytellers are successful authors, however. To be a successful author - a commercially successful author - one has to be able to analyse the market and create a product that that market wants and will buy consistently. Courtenay's background in advertising gave him that ability, and he crafted his stories accordingly. I have no issue with that at all. I have immense respect for someone who can identify a niche and work to fill it as he did. I just didn't enjoy the product as much as other people evidently did.

In April Fool's Day, there is no formula. There is the simultaneously joyful and tragic story of a bright and engaging young man who was a haemophiliac, and in the early days of AIDS, before the medical profession knew what it knows now about the disease, caught it from, ironically, a life-saving transfusion after a bleed. Courtenay documents the struggle Damon and the whole family had dealing with not only the disease, but also the fear and prejudice that existed for AIDS sufferers and their families. It is a book that I re-read annually. I laugh often, because there is much humour in it, and I weep too, because there is great poignancy and, ultimately, tragedy when Damon dies.

It is a raw and honest book. I suspect that Damon kept Courtenay accountable, and there is none of the exaggeration as there is in the autobiographical The Power of One. April Fool's Day made me like Courtenay much more than I had after reading what I had of his other books, and it is the courage shown by all the family in making the story public that means it lives on my shelves.

Courtenay faced death, if his interviews are anything to go by, with the same courage and matter of factness as Damon did. He said it was time. Hopefully he and Damon are catching up on many years of missed conversations. 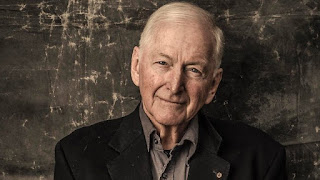