I stumbled across a lovely article on my Facebook feed this morning - you can read it HERE. It discusses many aspects of children's literature, including the timeless nature of the classics in the genre. Also, the fact that many authors who write for both children and adults often find that it is their children's books that remain in print, rather than those written for adults. The theory behind this seems to be that they are re-read far more than the majority of adult literature - by children of all ages and adults alike. 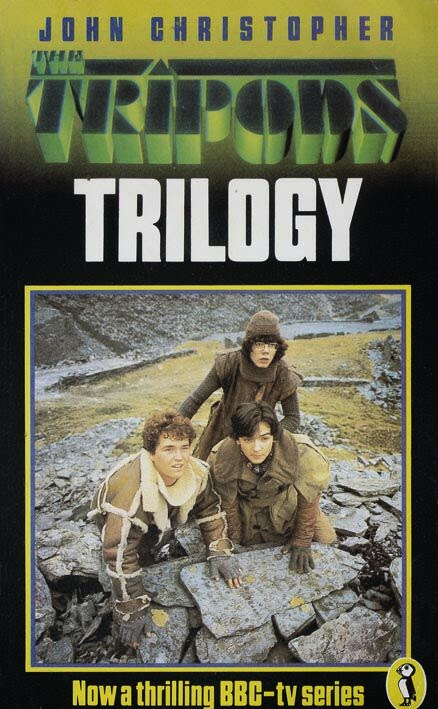 As it happens, my current reading is one of John Christopher's trilogies - The Prince in Waiting, Across the Burning Lands and The Sword of the Spirits. In common with the better known Tripods trilogy (The White Mountains, The City of Gold and Lead, The Pool of Fire), it is set in a time in the future, this time after much of the world has been laid waste by earthquakes and volcanoes, when deformities of both humans and animals are common, and communities are small and insular, ruled over by feudal princes. Why do I like these books? Well, they are very well written. They're great stories. They explore themes of good and evil, redemption, human striving and endeavour - familiar themes that anyone can relate to, and they have characters with traits that are recognisable. They also - and this is one of my own theories as to why so many adult readers come back to kid's literature - they're safe. They have a beginning, a middle and an end. Issues get resolved. Good eventually wins out and the losses along the way can be seen to have contributed to that. By and large, they're shorter reads than a lot of adult literature, so they're perfect for that rainy afternoon when we want something to do that's not too demanding. In other words, they're perfect comfort reading - which is why I keep coming back to my collection of children's literature over and over again.

Another point that is made in the article is that it's extremely rare for a children's book to win any of the big awards. There are, of course, separate awards for the genre. However, the big ones, like the Man Booker, which is, in theory, open to all comers, doesn't consider children's literature. If you look at the traits that are required to win one of the big prizes - that the book has 'classic' potential, is superlatively well-written, can be re-read, etc, we could be entirely justified in questioning this. I suspect that what children's authors are up against, on the whole, is that both the literary world and the general population tend to regard children's literature as a somehow lesser literary form.

An additional thing the article looks at is that so many dual authors end up being better known for their children's literature, rather than their adult work. Off the top of my head, a couple come to mind; Rumer Godden, Noel Streatfield - I do have many of Godden's adult novels, and nearly all of her children's books, but try as I might, I've never been able to find any of Streatfield's adult works. The article also mentions A.A.Milne, who was a West End playwright and the features editor of Punch, but is best known for his creations Winnie the Pooh and Christopher Robin.

The article also looks at the phenomenon of re-reading. I've discussed this in the past in many posts because I've found that there seem to be two quite distinct camps of readers - those who only read a book once, and those who return to the same books over and over. I'm one of the latter, and I re-read for the pleasure of it. In the article, the writer makes the statement about children being natural re-readers, due to them finding new things in the same book as they grow up and acquire more life experience. Personally, I don't think that's confined just to children. There can be so many layers in a book that a life time of reading it can continue to throw up new aspects regardless of age and the lived experience. The funny thing is, people don't seem to have an issue when we watch the same movie over and over, but often point the finger when it's the same book being read many times - I hear this from DB ALL the time, by the way, which is why I bring it up! He's a movie nut and has watched some of his favourites up to 50 times...but still thinks it's weird that I re-read some of my books every six months or so.

I know I have avid readers of children's literature among my readers - or YA fiction as it is mostly known as now - so I'd love to hear what your favourites are as well as any thoughts you might have from reading the article. It really set my brain ticking this morning, and I hope it does for you too!
Posted by Kaz at 15:50