And, the last of my stack from the La Hoopla lists.... 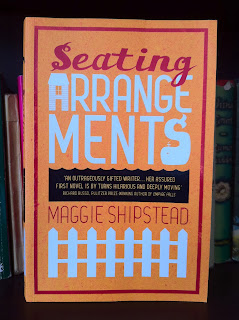 Richard Russo, the Pulitzer Prize-winning author of Empire Falls, wrote a critique of this novel that included the enviable phrase, 'an outrageously gifted writer... her assured first novel is by turns hilarious and deeply moving.' I'm not a naturally envious type, and I don't have a first novel at this point, but I did have a fairy dust moment of looking into the future and...hmmmm!

Seating Arrangements is something of an expos